Did anyone read your GDPR permission messages? 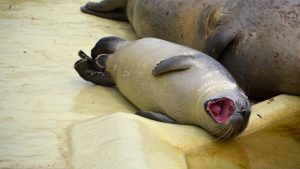 GDPR Day has been and gone in the UK. The 25th May was the “deadline” set for organisations of all shapes, sizes and purposes to update their privacy notices and make sure their audience was happy to continue receiving emails. (Apparently it wasn’t a deadline, more a beginning, but we won’t go into that here.)

There’s been a great deal of confusion around who needs to ask for permission and what sort. One article suggested that if you have to ask recipients to re-subscribe then you probably already haven’t got the right to be contacting them, and therefore would be breaking the rules to ask them to confirm their permission. Or something like that.

As an observer as well as a participant, it’s been interesting to see the various approaches people have taken to writing emails they don’t want to send to people who don’t particularly want to receive them.

As the dust settles

It’s been pretty scary for marketing. It’s bad enough having to ask readers to be interested enough to confirm they still want to hear from you. But how do you address GDPR confirmation fatigue? All those people who would quite like to read your news and offers, but really can’t be bothered to plough through all those emails, and so just delete everything instead?

Everyone is likely to see their lists severely pruned. I had a mailing list of just 130 people for our village craft group. That’s now down to 30.

But has Mailchimp expert Robin Adams points out, it’s not the end of the world. We can see it as an opportunity. My 30 are actively interested in hearing from us. The others aren’t sufficiently interested to receive the email, so it’s unlikely they will put the effort in to visit our fairs or buy our products. So let’s not waste their time, or ours, telling them about stuff they don’t care about. If they really miss us, they’ll come back.